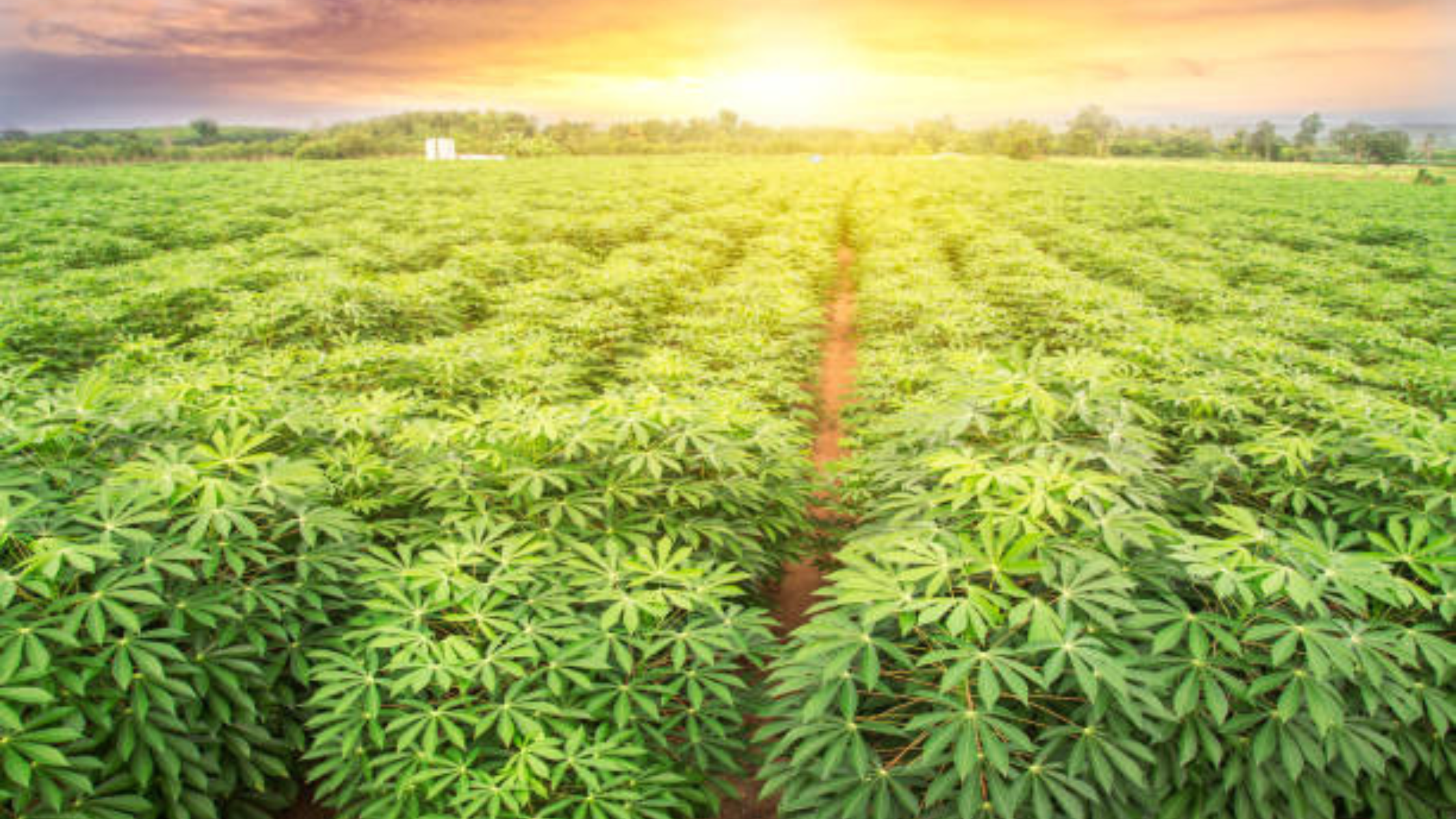 Africa has traditionally been wealthy in natural resources, providing other countries with possibilities to get its abundant supply of cotton and cocoa—two of the world’s most important cash crops. A cash crop is defined as “a readily salable crop grown or harvested primarily for market.” These crops aim to create a sustainable way of life for farmers across the continent and are a major reason why many countries around the world are and continue to be interested in researching and investing in Africa. Given the region’s huge significance in agriculture, below are the top seven most produced cash crops in Africa.

Cassava is by far the most widely grown cash crop. Africa produces over 200 million tonnes of cassava per year, accounting for the majority (63 percent) of the global total. Cassavas are not well known in the Western world, but they feed 800 million people worldwide. Cassava is a vital root vegetable with similar applications to potatoes.

Despite accounting for only 5% of current global production, Africa is regarded as a vital sector for ongoing expansion given to its high production potential, low cost, and proximity to European markets. Notably, the EU is the world’s second-biggest sugar user (Czarnikow, 2014) and the world’s largest sugar importer between 2008 and 2011.

Maise is Africa’s most important grain crop and a staple food for over 1.2 billion people in Sub-Saharan Africa and Latin America. All portions of the crop can be used to make both food and non-food items. For these reasons, some African countries that rely on maise as a staple food crop have implemented agricultural programmes to ensure a consistent supply of the commodity by increasing crop yield and productivity.

According to the survey, Africa produces 97 percent of the world’s yams. The “yam belt” of West Africa includes Nigeria, Ghana, Benin, and Côte d’Ivoire. With nearly 60 million people directly or indirectly involved in its production in the yam belt, yam cultivation is a key component of the economy.

Rice is one of the most important basic cereals in West and East Africa. However, while rice farmers in Africa continue to farm below their true yield potential, not nearly enough of it is cultivated to account for rapid population growth. Nonetheless, small farmers in Burkina Faso, Ghana, Nigeria, and Tanzania are receiving assistance in increasing their rice yields, improving product quality, and increasing their incomes.

Cotton is grown in 37 of the 54 African countries and exported from 30 of them. Despite its abundance, Africa accounts for only around 16% of the world textile market, which was worth $1.6 trillion in 2015. The availability of inexpensive cotton in Africa was a significant reason Europe invested so heavily in the continent during the colonial Scramble for Africa—to keep up with an ever-expanding population and economy, the people wanted more resources, many of which Africa offered. However, the consequent North American subsidies and trade agreements have made cotton in Africa unprofitable. Cotton that has been genetically engineered helps farmers resist the continent’s climate, making their company more sustainable. Finally, Africa’s cotton industry has the potential for significant growth, but it must overcome barriers such as low prices in order to grow and become a leading sector.

At 2,926,458 tonnes, the African countries of Côte d’Ivoire—the world’s single largest producer—Ghana, Nigeria, and Cameroon account for more than 70% of global cocoa production. Cocoa has long been a sought-after commodity around the world, having originated in Central America and gradually spread throughout the rest of the world. It’s likely to stay that way. A boost in worldwide cocoa prices and demand, combined with greater availability of agricultural tools in Africa, has elevated it to one of the continent’s largest marketplaces, accounting for over two-thirds of its revenue.

Africa is home to large quantities of seven of the world’s most appealing cash crops and remains a major supplier to the rest of the international market. While populations and economies continue to grow, these crops are expected to remain an important element of the economy and give numerous prospects for the continent. These cash crops of the country, if given more attention starting from the production till the supply, can pull out Africa from its poverty. Many jobs can be formed in production, processing and supply process. All that’s needed is a good outlay to make this possible.