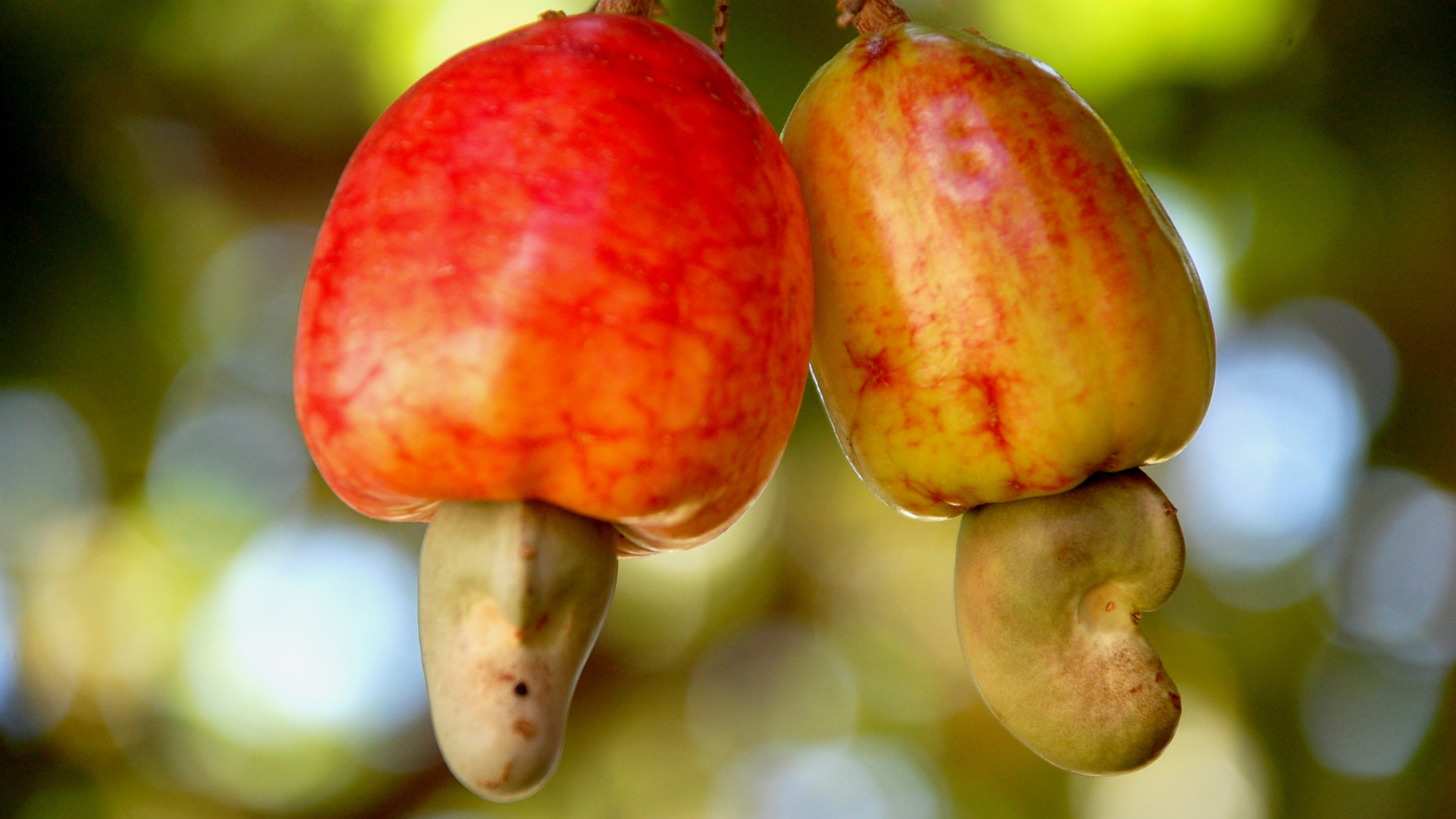 HISTORY OF CASHEW FARMING IN AFRICA

Many people recognise cashew nuts as a popular snack or ingredient, but if you haven’t seen them in the wild, you might be shocked to learn that the ‘nut’ is actually a seed that emerges from the base of the odd “cashew-apple.”

In order to create protected forest areas and combat desertification and soil erosion through agroforestry, cashew trees were initially brought from India to West Africa in the early 1960s. The evergreen tropical tree is highly recommended by environmentalists for regeneration programmes since it can thrive in challenging environments, including sandy soil, and grow up to 12 metres high.

A total of roughly 300 tonnes of cashew nuts were produced in Côte d’Ivoire during the ten years that ended in 1970. Over the subsequent 30 years, its commercial production remained minimal. A significant milestone was attained when production surpassed 100,000 tonnes in 2002. Since 2003, commercial output has increased continuously, with the exception of a brief decline.

Some of the factors contributing to the country’s exceptional success include the simplicity with which trees grow and the rising demand for processed cashew nuts on a global scale. The expansion of cashew farming in Côte d’Ivoire was also fueled by the rising demand for raw cashew nuts in India and Vietnam. India imports between 50% and 60% of the raw cashew from Africa and Asia, making it the biggest exporter of cashews that have been processed worldwide.

Nearly two-thirds of the growth in cashew production from 2000 to 2018 was accounted for by Africa. Therefore, cashew can be used as a method to fight poverty. This is feasible if farmers are given high-quality planting materials, the tools they need for management, and easy access to capital. However, the United Nations Conference on Trade and Development claims that African farmers are missing out on the potential income from this crop.

According to UNCTAD, countries that harvest cashews but don’t process them on a large scale only generate a small portion of the value created when the nut moves from the field to the store.

The cashew market was severely impacted by the COVID-19 outbreak. Raw cashew prices, which were already low and under pressure from an oversupply in previous years, further fell as a result of processing facilities being slowed down or shut down as a result of frequent lockdowns. Limits on trade movements resulted in a shortage of supplies in importing nations since the export from Africa, which accounts for the majority of the nation’s produce, was impacted. The market was slowed down by a delay in the global supply chain and lower customer demand. However, the African cashew market is expected to grow at a CAGR of 4.8 percent between 2022 and 2027.

One of the biggest risks to the global economy’s reliance on agriculture and food safety is fungus. As a result of the domestication of ecosystems or growing global trade, infectious illnesses that are either caused by pathogens occurring on a novel host or in a new or expanded geographical area have been emerging on a variety of host plants at an increasing rate. Agro-ecosystems that are being developed are shaped by massive monocultures and genetically homogenous hosts.

More than ten fungal infections can affect cashews. It’s common to think of anthracnose, foliar blight, fruit rot, and gummosis of twigs and trunks as the diseases most responsible for serious harm to the cashew industry.

This ultimately affects the farmers, as usually farmers in Africa don’t get access to the costlier pesticides, making it impossible to treat the disease on time. Even the fertilisers cost more in Africa due to the small-holder farmers’ inability to access them. This largely affects the production and the revenue that they get from it.

Africa has the potential to turn cashew farming into one of the most profitable agribusinesses. But due to diseases, non-accessibility of pesticides on time, and very low processing units, it makes it less profitable than what they can actually get from it. Surely, this will require a great effort not only from the farmers’ side but also from the government’s side. Establishment of more processing units can provide a solution for this. Mavuno is now bridging the gap by providing timely pesticides to the farmers. But, as said, cashew farming in Africa needs more attention from the government’s side to make it more profitable.